were both born and grew up in Fort Worth. They were married April 8, 1988 and have lived in Fort Worth all of their lives. They started Apostolic Tabernacle in April 2000 with two of their three children and her mother and dad in River Oaks, Texas. Since that time, the church has relocated to 804 South Cherry Lane in White Settlement, Texas.

Pastor and Sister Sheppard have spent their lives helping others.

Their burden for the city of Fort Worth and the surrounding area has been the driving force behind their efforts. Their compassion for those who desire to live a godly, sin-free life has been a major objective throughout the years. And this continues to propel them. 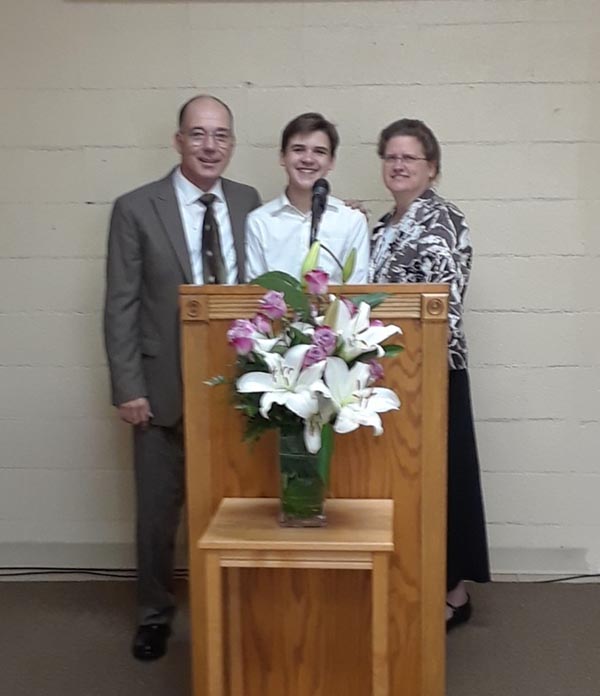 We believe the Bible to be inspired of God, the infallible Word of God. “All scripture is given by inspiration of God, and is profitable for doctrine, for reproof, for correction, for instruction in righteousness” (II Tim. 3: 16)

We believe in the one ever-living, eternal God: infinite in power, holy in nature, attributes and purpose; and possessing absolute, indivisible deity. This one true God has revealed Himself as Father; through His Son, in redemption; and as the Holy Spirit, by emanation (I Cor. 8:6; Eph. 4:6; II Cor. 5: 19; Joel 2: 28)

The basic and fundamental doctrine of this assembly is the Bible standard of full salvation, which consists of repentance, baptism in water by immersion in the name of the Lord Jesus Christ for the remission of sins, and the baptism of the Holy Ghost with the initial sign of speaking with other tongues as the Spirit gives utterance.

We believe Godly living should characterize the life of every child of the Lord, and we should live according to the pattern and example given in the Word of God.

“For the grace of God that bringeth salvation hath appeared to all men, teaching us that, denying ungodliness and worldly lusts, we should live soberly, righteously, and godly, in this present world” (Titus 2: 11-12).

“I beseech you therefore, brethren, by the mercies of God, that ye present your bodies a living sacrifice, holy, acceptable unto God, which is your reasonable service. And be not conformed to this world: but be ye transformed by the renewing of your mind, that ye may prove what is that good, and acceptable, and perfect, will of God” (Romans 12:1-2)